The gut-wrenching way the All Blacks found out about Sean Wainui’s death has been revealed with one player wiping away tears.

Emotions are raw as the All Blacks express their state of shock following Sean Wainui’s sudden passing.

Wainui died in a single-vehicle crash on Monday morning at McLaren Falls Park, near Tauranga, Monday to leave the wider New Zealand rugby community in mourning.

The 25-year-old is survived by her wife Paige and their children Kawariki and Arabia. Paige, an Instagram influencer with 64,000 followers, shared a heartbreaking message on her page on Monday night.

Through his time with Taranaki, the Crusaders, Chiefs, Bay of Plenty, and New Zealand Maori, Wainui profoundly impacted many teammates, including those within the All Blacks.

Kiwi coach Ian Foster’s men touched down in Washington DC, following a 35-hour journey from Australia, to learn of the incident.

When Crusaders hooker Codie Taylor fronted the media on Tuesday, his raw emotions reflected the All Blacks’ grief.

He broke down in tears at the end of his press conference when speaking about Waunui’s family. “It really hits home. It shows how fragile life can be. You feel for his loved ones. It’s hard; he’s got kids,” Taylor said as he shed tears.

“I want to send love from the All Blacks to his family. It’s hugely devastating news to hear, and I know they’ll be going through a lot right now. It’s pretty tragic. He’s a man held in high regard among the rugby community. He was a special part of the Crusaders when he first came down and a special part of the Chiefs, Maori All Blacks, Taranaki, and the Bay.”

The All Blacks held a team meeting to share stories about Wainui, and the leadership group discussed how to best honor him in Sunday’s test against the USA.

“It’s pretty tough. I know there are a few boys in here really struggling as you’d expect,” Taylor said. “We touched on it this morning as a group, and there’ll be another opportunity to do that later on.

“With a man with so much mana and respect, it’s so sad. There’s a lot of shocks. You don’t think it’s ever going to happen to anyone like that, but it does. It’s the cruel reality of the world. It’s hard to talk about. I know a lot of people will be hurting. It’s a pretty tough time.”

“We’ll get around those who are most affected and pay our respects where we can.” All Blacks centurion Sam Whitelock, who has rejoined the team alongside Cane, Dane Coles, Shannon Frizell, and rookie lock Lord, further illustrated the profound sadness shared by all.

In situations such as these, distance from home makes coping more difficult. “There’s a lot of people here that are heartbroken with Sean’s passing,” Whitelock said. “A lot of people have played with him in New Zealand Maori, the Chiefs and Crusaders, and the age group stuff, so people are walking around with a totally understandable and pretty heavy heart.

“A lot of love and compassion goes out to Sean’s family; Paige, the kids, and their extended family. It’s definitely delicate with the boys being away. The guys that were close to him wanted to get around those who were close to Sean. It’s hard for a lot of the guys at the moment.

“Yes, we’re here to play rugby, but there are so many other things that can affect that, and this is one of those. People will be going through different cycles of grief. At the moment, it’s all very raw still, and everyone in their own ways is connecting with stories about Sean.

“For me at the Crusaders, Whitelock and Wainui used to sit next to each other on the plane. I used to love having that catch-up around where he was in his life. He was 19, 20, when he was at the Crusaders. That was my story. Everyone else is connecting with the memories they have of Sean.”

As they shake off jet lag and settle into the States, the All Blacks held mini team games featuring a mock NFL competition before traveling past Washington DC’s main monuments. They will also gather to watch Monday night football between the Titans and Bills in Nashville. — This story originally appeared on nzherald.co.nz and has been republished with permission 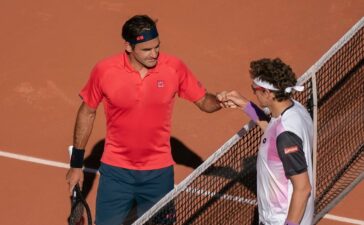