Royal commission: Crown CEO ‘confident’ in promoted executive who was high up during scandalous era

Crown’s top boss insists he’s confident in a high-up executive who was promoted even higher despite being part of the scandal-plagued ‘legacy’ team.

Crown Resorts’ new chief had “appropriate conversations” with the Perth casino boss about the venue’s scandalous past, given he held a very senior position during that era but insists he has confidence in the executive.

Former Lendlease boss Steve McCann fronted the Perth royal commission on Tuesday, just hours after the findings of the Victorian investigation were released, revealing Crown Melbourne would keep its license but be on probation for two years when it must dramatically transform itself.

The preceding NSW gaming regulator’s inquiry that sparked the probes found money laundering was facilitated at both venues over several years when Lonnie Bossi was Crown Perth’s chief operating officer, a position he took on in 2011. In December, he was elevated to the casino’s CEO while Mr. McCann took over the group’s helm in June.

It emerged when Mr. Bossi took the stand for the second time last week that he will soon depart the Burswood Ltd board, but he said that was not to do with his performance, instead to reduce the number of directors to a minimum of three.

Mr. McCann was asked point-blank by counsel assisting Patricia Cahill if he had confidence in Mr. Bossi. “Yes, I do,” the executive replied. “He’s a very experienced manager of an integrated resort.

“Since I arrived at Crown, I have had nothing short of a very transparent, open relationship with Mr Bossi. “He keeps me very well informed about what’s going on and I have no reason to doubt his judgment or integrity.”

Mr Cahill then asked: “Do you consider it appropriate to retain Mr Bossi in a key executive position given that he held a senior executive position at Perth casino in which he oversaw and shared responsibility for the previous unsatisfactory culture?”

Mr. McCann said if anything emerged that cast doubt on Mr. Bossi’s ability to continue as CEO, “whether that’s because of past practices or future practices for that matter, then we would look into that very closely and carefully, and make an appropriate decision”.

Mr. Cahill pressed further, asking Mr. McCann if he was concerned that “a person who has those, if you will, legacy issues, continues in a very senior role in the – for want of a better description – new Crown?”

“I think Mr Bossi in his own evidence has on more than one occasion admitted to mistakes in the past and admitted to regrets in not doing some things differently,” Mr. McCann said.

“That history that you’ve outlined certainly does justify … for me to have the appropriate conversations with Mr Bossi about some of those past incidents.

“I have done that … I don’t think that it’s fair to hold Mr Bossi solely accountable for decisions which he may have had input into but was not in control of.

“And I’m aware from my discussions with Mr. Bossi that some of the decisions that were made in the management of Crown Perth were not decisions he would have made if he were the CEO at the time.”

Mr. Bossi told the probe he was “comfortable stepping off” the board as “any potential decision-making conflicts that a board member may have with the CEO may be removed”.

He last week conceded, “we should have known better” when asked if there was enough oversight of a patron who was jailed in 2018 for stealing millions of dollars from the bank he managed to fuel his gambling addiction at Crown.

In August, Mr Bossi told the investigation he didn’t make any inquiries about why one of two bank accounts at the centre of the scandal, in the name of Riverbank Investments, was closed by Commonwealth Bank in 2019 over dodgy transaction concerns. Mr. Bossi said he did not recall being a signatory to the CBA account. Published initially as Perth royal commission: Crown Resorts’ chief ‘confident’ in a promoted executive high up during a scandalous era. 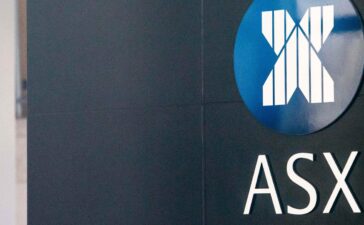