From their courtship to their royal wedding and their almost 74-year marriage, Queen Elizabeth II and Prince Philip’s love story spanned decades and garnered public interest.

Buckingham Palace announced Friday morning that the Duke of Edinburgh died at Windsor Castle. He was 99.  British historians and commentators often say Philip was one of the keys to the queen’s enduring success as a monarch. The queen famously described him as her “strength and stay” at the couple’s golden wedding anniversary in 1997.

“He is someone who doesn’t take easily to compliments, but he has quite simply been my strength and stay all these years,” she said in her speech.  More: Prince Philip, Duke of Edinburgh, husband of Queen Elizabeth II, dies at 99

The couple’s foundation had humble beginnings as a young budding romance when they met when the queen was 13. Philip’s uncle, the ambitious Lord Louis “Dickie” Mountbatten, was close to the royal family and sought to introduce his handsome, dashing nephew to then-Princess Elizabeth, the future queen. Elizabeth never looked at another man, biographers of both says.

After eight years of courting then-Princess, Elizabeth, and Royal Navy, Lt. Philip Mountbatten got engaged in July 1947. Four months later, they wed in a royal ceremony at Westminster Abbey on Nov. 20, 1947, a day they would go on to celebrate for more than 70 years.

Though there was an initial flurry of disapproval that Elizabeth was marrying a foreigner, Philip’s athletic skills, good looks, and straight talk lent a distinct glamour to the royal family. Elizabeth beamed in his presence, and they had a son and daughter while she was still free of the obligations of serving as monarch.

The couple shared four children, eight grandchildren, and 10 great-grandchildren, with one more on the way. Their children are Prince Charles, the Prince of Wales; Prince Andrew, the Duke of York; Princess Anne and Prince Edward Earl of Wessex. Andrew and Edward were born after Elizabeth took the throne.

Philip became Elizabeth’s stalwart companion, though he gave up many things, including part of his identity and religion, to have her hand in marriage. Philip, born on the Greek island of Corfu, renounced his Greek citizenship and church and became British, Anglican, and a royal duke after the two tied the knot. 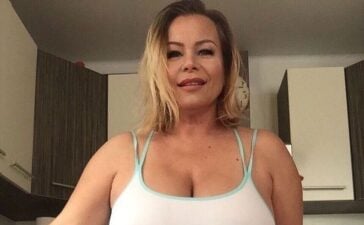